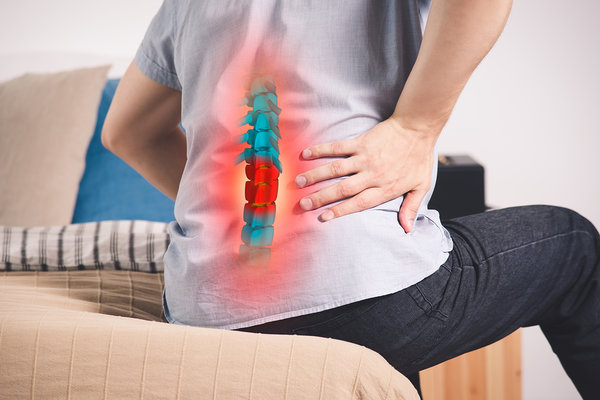 Herniated disc symptoms can make everyday activities like moving and lifting objects more difficult. Chiropractic care is an effective and non-invasive option for treating these symptoms.

What is a herniated disc?

A herniated disc occurs when an injury of sharp motion causes the soft material inside the disc to break through the tough exterior, pushing it out into the spinal canal. A herniated disc puts pressure on the surrounding nerves, causing pain.

Repetitive strain on one area of the spine can cause a herniated disc. Individuals who carry out manual labor daily may be at greater risk of a herniated disc if they lift from the back rather than with the thighs and legs.

Poor posture is also a primary cause of a herniated disc. It may cause improper alignment in the spine which, over time, can cause the spinal discs to rub together.

However, age is the most significant risk factor. Older individuals are more likely to suffer from a herniated disc injury due to a lifetime of repetitive movements. As we age, the spine becomes less flexible, which makes the discs more susceptible to herniation.

Herniated discs may cause severe back pain and muscle weakness. An individual suffering from a herniated disc typically feels pain throughout the back, neck, legs, and arms. Stiffness and tenderness of the spine may be another symptom in some cases.

If the herniated disc is in the lower back region, the patient may feel pain in the buttocks, thigh, calf, and possibly the foot, affecting one or both legs. If the herniated disc happens to be near the upper back or neck area, intense pain can occur in the arms and shoulders.

Other herniated disc symptoms such as muscle weakness can be alleviated with the help of chiropractic treatment. For example, the increased blood flow facilitated by massage therapy enables muscles to heal at a faster rate, helping the patient to recover from any muscle weakness brought on by a herniated disc.

In some cases, a herniated disc may not even be painful. There are documented cases of the condition showing up on a spinal x-ray a significant amount of time after the initial incident, without the patient ever having been in any discomfort.

The best way to treat a herniated disc depends on the cause, but a chiropractor will perform a thorough examination before proposing any treatment.

If you have a herniated disc or you are experiencing back pain and think you may be suffering from the condition, seek out a chiropractor who specializes in treating herniated disc symptoms in West Bloomfield, MI.