So, the makers of the industrial-strength franchise extender X-Men Origins: Wolverine have now revealed the psychological roots of the famous ”berserker rage” that has caused the title’s angry Marvel superhero to bare his adamantium claws in three previous X-Men movies. The question is, was anyone wondering? Or are you, like me, content enough to admire the cool, crazy talents of a society of freaks and geeks who find comfort in pooling their misunderstood powers? To put it another way: Is it possible to make a movie about a superhero these days without injecting scenes of dreary superambivalence between expensive action sequences? (Batman, Spider-Man, and the Hulk? Big brooders.) Or is blessed freedom from neurosis granted only to villains? (The Joker? A fun guy.) 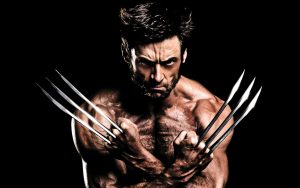 The questions arise as Wolverine launches a new X-Men franchise based on origin myths that will allow for a pageant of younger stars. In the case of the superhero born James Howlett (known off duty as Logan, and boasting the Sexiest Man Alive beauty of entertainer Hugh Jackman), traumatic past experiences include a fatal misunderstanding back in 1845 with a sinister-looking man the young Wolverine-to-be couldn’t have known at the time was his real father. (The lad also couldn’t have known he’d grow up to sport a Paulie Walnuts hairdo.)

So, the makers of the industrial-strength »